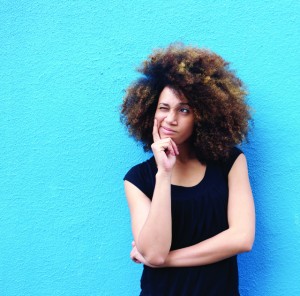 Have you ever wondered “what’s going on in her brain” about your 6 year old? Or “what in the world makes him act that way”about your husband? Or have you ever been around someone and struggled to figure out why they say the things that they say?

Psychological theorists such as Albert Ellis have taught us that how we think will directly affect how we feel which in turn affects how we behave. Yes, this is true, but what controls our thinking?

I’ve tried and tried but I feel as if there’s a force that keeps me from fixing this thinking even though I know it needs to change.

Neuroscience research has discovered the phenomenon of “Neuroplasticity” which is simply defined as the brain’s ability to change throughout a person’s life. Researchers believe that our experiences and thoughts can change neuron firing patterns. It is also believed that injuries to either the structure of the brain (lesions, tumors) or to the soft tissue (closed head injury, brain bruise) can also change neuron firing patterns as well as psychological trauma, viruses, and chemicals either from medication, substance abuse, or the environment. And of course, there are many more of us that have inherited a disrupted brain pattern and have to sit back and watch history repeat itself through generations.

We are extremely vulnerable to changes in the neuron firing patterns in our brain. But does that mean that we’re all doomed? Not exactly. Because not all conditions cause disruption, we really have no way of knowing if a traumatic event, hereditary condition or external force will or will not impact our brain. So we’re left wondering, is my brain pattern controlling me? Or am I controlling my brain pattern?

First, what does a disrupted pattern look like? Here’s an example; when the neural pattern in the frontal lobe of the brain is disrupted, it is suffice to say that emotions will be impacted. Depending on the precise area as well as details of the disruption, we are able to predict possible executive functioning difficulties, depression, anxiety, negative thinking, word finding problems, OCD behaviors, anger control issues, impulsivity, trauma responses, and problems with social interactions, just to name a few. So as the neuron firing pattern is out of balance or not working properly, our thought patterns can also be out of balance and not working properly.