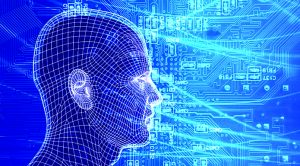 LENS (Low Energy Neurofeedback System) was developed in 1990 by a man named Len Ochs. This was not, however, when Neurofeedback as a science and practice was developed. Neurofeedback or it may also be known as, EEG Biofeedback, EEG Neurotherapy, or Neurotherapy has been studied and practiced since the late 60’s. It is exercise for your brain; allowing you to see the frequencies produced by different parts of your brain in real-time and then through visual and auditory feedback, teaches the brain to better regulate itself. Neurofeedback can be used to help detect, stimulate, and/or inhibit activity in the brain safely and without medication. It can help restore a wider “range of motion” in brain states, much like physical therapy does for the body. EEG Neurofeedback helps you regulate the Central Nervous System (CNS) and the CNS determines how we function in life.

With the LENS system, electrodes are placed on the head in a similar manner, however, in addition to measuring and recording the neural patterns, the LENS system sends a gentle radio wave frequency through the electrodes that matches and reduces the intensity of the electrical patterns in the brain. The ultimate goal is for the brain to be taught through the feedback of it’s own energy. In our office we may use the LENS system exclusively or in conjunction with traditional Neurofeedback.

What does this mean to you, the client?
Increased reduction of THETA waves, accelerating healing time. This can be very effective for ADHD clients that have a large THETA/BETA ratio as well as Traumatic Brain Injuries from accidents, chemicals, Lyme Disease, and Autism to name a few.

As waves sent into the brain can occur quicker than auditory reinforcement, the sessions are significantly reduced. This is very helpful for autistic children who have difficulty sitting for extended periods of time and it allows us to “add” LENS onto traditional treatment protocols.

Is LENS safe?
LENS, as well as traditional Neurofeedback is extremely safe. As discussed in several articles and books regarding the LENS Neurofeedback system, it uses a frequency of radiowaves that is significantly less than the frequency emitted from electrical wiring within walls and “these levels are lower in intensity than the electrical field that surrounds digital wrist watches”. The frequency is also delivered in very short intervals, ranging from 1 second to 1 minute. Moreover, the LENS Neurofeedback system not only requires very little participation from the client, it also accommodates for traditional Neurofeedback artifacts of movement and restlessness. This has made LENS a highly beneficial treatment option for people on the Spectrum or suffering from motor skill impairments. Neurofeedback is an FDA approved treatment that is safe and effective for children and adults of all ages. Call us today to determine how LENS and Neurofeedback can help you.

What conditions does the LENS help with?